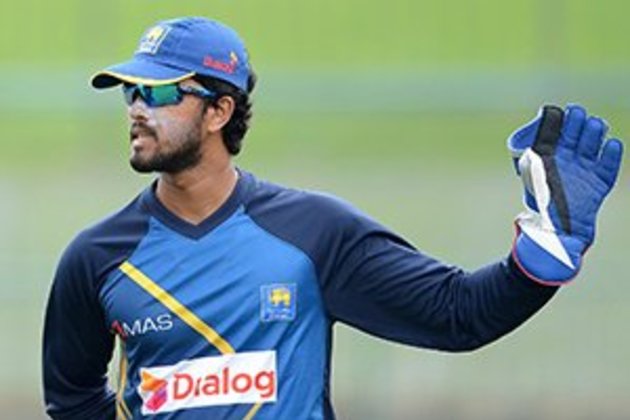 Colombo - Sri Lanka on Thursday dumped established stars including former captain Dinesh Chandimal from their one-day team in a mass clear-out for the Cricket World Cup.

Sri Lanka have been riven with personality clashes and disciplinary problems in recent years that have seen their world standing slump.

Batsman Lahiru Thirimanne, leg-spinner Jeffrey Vandersay and all-rounders Milinda Siriwardana and Jeevan Mendis got places despite not playing an ODI for more than a year.

Opening batsman Avishka Fernando and paceman Nuwan Pradeep were also included in the squad for the tournament which starts in England and Wales on May 30.

The 1996 champions kick off their campaign against New Zealand in Cardiff on June 1.

Karunaratne and the 35-year-old Mendis last played a 50-over international at the previous World Cup in 2015.

Chief selector Ashantha de Mel said players like Siriwardena, who last played an ODI in 2016, were chosen to provide stability.

"To balance the side, the batsman coming in at number six has to be able to bowl," de Mel said of Siriwardana, a left-handed batsman and bowler.

"We went with someone who has a bit of experience in that role."

Dananjaya, a mystery spinner who has played 34 ODIs, and Dickwella were axed after their poor showing in the recent tour of South Africa.

Kusal Janith Perera will be wicketkeeper and could also be used an opener.

De Mel said Dhananjaya de Silva is a better spin option than Dananjaya who picked up just two wickets from four games in Sri Lanka's 5-0 drubbing in the one-day series in South Africa.

On the pace front, Sri Lanka again opted for experience, omitting Dushmantha Chameera and Kasun Rajitha in favour of Pradeep and Suranga Lakmal.

Although not in the 15-man squad, Rajitha has been named as one of four standby players, alongside allrounder Wanindu Hasaranga and batsmen Oshada Fernando and Angelo Perera.

Karunaratne led Sri Lanka to their first Test series triumph in South Africa after sweeping the two matches in February.

"We saw in South Africa how Dimuth was able to unite the team, and have everyone playing together. That was what was important to us at this time," he said.

Sri Lanka will play two warm-up games against Scotland in May before the World Cup.

HOUSTON, Texas - Over 60,000 people showed up for a Houston protest and rally in the wake of George Floyd's ...

LONDON, UK - Altaf Hussain, the founder and leader of the Muttahida Qaumi Movement (MQM), has appealed to the United ...

There is no need to wonder why George Floyd (age 46) was murdered in broad daylight in Minneapolis, Minnesota, on ...

With the U.S. deciding to walk out of the Open Skies agreement, the U.S. is signaling to the world that ...

SYDNEY, Australia - Wall Street took a breather on Thursday following more than a week of protests across the U.S., ...

PARIS, France, June 3 (Xinhua) -- France will maintain its planned tax on digital services at the Organization for Economic ...

SYDNEY, Australia - Stocks in Asia made strident gains on Wednesday, although on the Chinese mainland the advance was limited.The ...