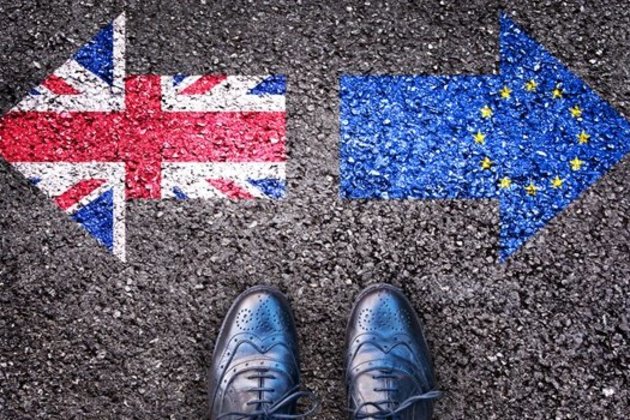 Investor sentiment on the pound is improving after a delay to Brexit, though the return of lawmakers next week may disturb the calm.

Volatility in the currency has fallen to the lowest in years and options markets signal there are fewer bets against sterling after Prime Minister Theresa May gained a six-month reprieve from the European Union to try to agree a way forward.

Parliament and UK markets will return Tuesday after a Easter recess, with investors likely to stay cautious until a divorce deal is agreed.

The pound has been one of the worst performing Group-of-10 currencies against the dollar and euro in the past month, yet remains the biggest gainer in 2019 after a strong start to the year on expectations of a Brexit deal. May's talks with the opposition Labour Party are continuing as she tries to get approval for the divorce terms from a divided House of Commons.

"It now appears that whatever benefit the pound would reap from a successful EU transition may already be behind us," said Ned Rumpeltin, the European head of currency strategy at Toronto-Dominion Bank.

The market "has lost most if not all of its sensitivity to 'good' Brexit developments."

Risk-reversals, a measure of sentiment and positioning in the options, have seen a sharp reduction in pound puts in recent weeks to signal a more balanced market mood. The three-month measure has surged to the least bearish pound sentiment since last July, with the move mainly due to short bets being wiped out, TD's Rumpeltin said.

"That capitulation may be complete at this stage," he said. "From here, sterling needs to stand on its own merits for those looking to go long. If you look at sterling on a forward-looking, risk-adjusted basis, we're not convinced it makes a compellingly bullish case."

The pound failed to benefit from UK retail-sales data that beat estimates Thursday. It could weaken to 87.25 pence per euro in coming months, according to Jeremy Stretch, the head of G-10 currency research at Canadian Imperial Bank of Commerce.

"Despite the bounce in retail sales the underlying macro picture remains fragile at best," Stretch said. "The delay in the Brexit process seems unlikely to be resolved in the first half of this year, underlining the view that Bank of England inertia may last longer than previously assumed, in the process restraining sterling expectations."

HOUSTON, Texas - Over 60,000 people showed up for a Houston protest and rally in the wake of George Floyd's ...

LONDON, UK - Altaf Hussain, the founder and leader of the Muttahida Qaumi Movement (MQM), has appealed to the United ...

There is no need to wonder why George Floyd (age 46) was murdered in broad daylight in Minneapolis, Minnesota, on ...

With the U.S. deciding to walk out of the Open Skies agreement, the U.S. is signaling to the world that ...

SYDNEY, Australia - Wall Street took a breather on Thursday following more than a week of protests across the U.S., ...

PARIS, France, June 3 (Xinhua) -- France will maintain its planned tax on digital services at the Organization for Economic ...

SYDNEY, Australia - Stocks in Asia made strident gains on Wednesday, although on the Chinese mainland the advance was limited.The ...