Two oil tankers in Gulf abandoned by crews after explosions 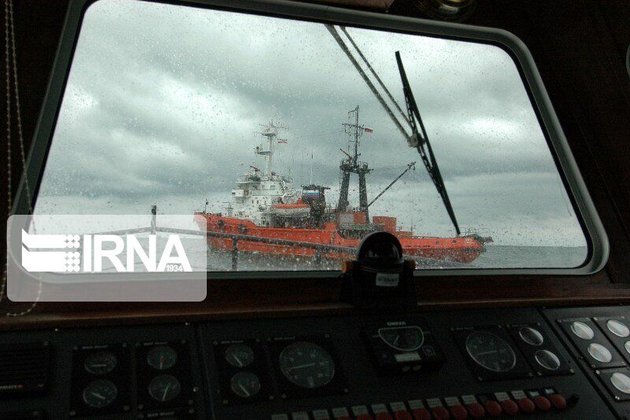 MUSCAT, Oman - Two large oil tankers have reportedly been hit by explosions in the Sea of Oman.

"We are aware of the reported attack on shipping vessels in the Gulf of Oman. U.S. Naval Forces in the region received two separate distress calls at 6:12 a.m. local (Bahrain) time and a second one at 7:00 a.m. U.S. Navy ships are in the area and are rendering assistance," a statement from the U.S. Naval Forces Central Command Fifth Fleet, based in Manama, Bahrain released on Thursday said.

It is understood the Iranian Navy is on the scene and has rescued survivors. The Islamic Republic News Agency quoted a source as saying: "44 sailors of the two foreign oil tankers which were hit by explosions in the Sea of Oman this morning have been rescued by an Iranian vessel in coordination with Hormuzgan's maritime search and rescue center."

IRNA reported the sailors have been transported to Jask Port east of the southern Iranian province of Hormuzgan.

The UK's Maritime Trade Operations, which is run by the British navy, has put out an alert urging vessels in the area to exercise "extreme cvaution."

Thursday's attacks come a month almost-to-the day since four tankers were sabotaged off the coast of Fujairah in the United Arab Emirates.

Two of the tankers were from Saudi Arabia, one was from the UAE, and one from Norway.

U.S. officials John Bolton and Mike Pompeo accused Iran of being behind those attacks and vowed to provide evidence to the UN Security Council. It is understood this evidence is yet to be provided.

Officials from countries aligned with the tankers that were attacked in May have since reported on their investigations so far, stating that almost certainly a state actor (a country) was responsible. They fell short however of naming a suspect.

The tankers targeted on Thursday are believed to be from Panama and from the Marshall Islands. They were travelling from Saudi Arabia and Qatar to Singapore and Taiwan.

The attacks come at a time when the U.S. has built-up a military presence in the Gulf which it says is in respopnse to Iran's activities, which it has not yet specified. Despite the build-up, U.S. President Donald Trump has been urging Iranian officials to negotiate a resolution to the dispute between the two countries. Prime Minister Abe and Mr Trump had agreed the Japanese prime minister should advance the need for talks to Iranian officials.

More than 100 nations have active force of military drones

Attack on Japanese base in 1938 carried out by Soviets, not U.S.

In 1938, the Americans took credit for an unprecedented Soviet air raid on a Japanese air force base in Taiwan ...

TEHRAN (Tasnim) - China on Wednesday defended the World Health Organization and lashed out at the US decision to withdraw ...

Bullying of International court and Bank of England laid bare

On January 9, 2020, Ambassador Karen Pierce-the United Kingdom's permanent representative to the United Nations-spoke at a meeting on the ...

Countries across the globe re-thinking reopening as coronavirus surges

As coronavirus cases around the world approach 11.5 million, governments are struggling with how to reopen their economies, leading some ...

SYDNEY, Australia - Stocks in Hong Kong fell sharply on Friday, dragging the rest of the region lower as well.The ...

QUEZON CITY, Philippines (PIA) -- Despite the global economic recession brought about by the COVID-19 pandemic, the Philippine economy remains ...

In the past month, there's been an outpouring of support for Black Lives Matter from America's largest corporations.You might have ...