Hopefully we inspire next set of Black Caps: Lockie Ferguson 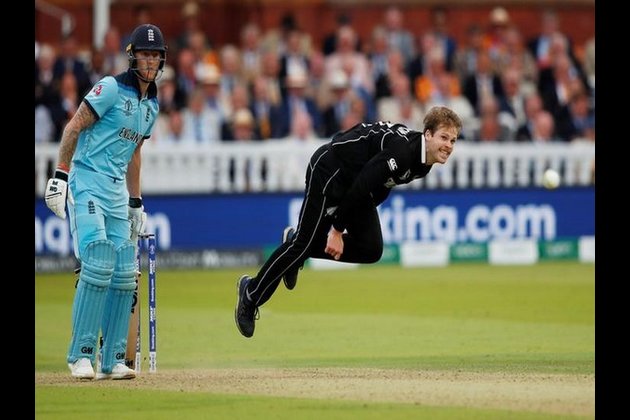 Dubai [UAE], Oct 8 (ANI): After missing out on the ICC Men's World Cup trophy, New Zealand bowler Lockie Ferguson hopes that the performance showcased by the team in the showpiece event may inspire the next set of Black Caps.

The final between New Zealand and England at the Lord's Cricket Ground on July 14 could not separate the two sides despite the 50-over match and subsequent super over. England finally was declared the champions on the basis of boundary countback rule.

"It was one of those games you really wanted to stand up and play a good game, and have your team get the win," ICC cricket quoted Ferguson as saying.

"To look back on it, it's tough and probably is not going to sink in for a while. But at the same time, to get to a final like that and put on a performance like that, hopefully, we can inspire the next set of Black Caps, and hopefully one day we'll get the trophy," he added.

The right-handed bowler scalped 21 wickets in the quadrennial event and was the second-highest wicket-taker.

"New Zealand has got a rich history of successful sports teams. Of course, the All Blacks and the Black Caps are growing up too, you know. They're always punching above their weight, and I think that's inspired me as a kid to play for my country," said FergusonFerguson has featured in 36 ODIs and 5 T20Is for New Zealand. (ANI)

59% of Venezuelan housholds not in position to buy enough food

CARACAS, Venezuela - Hyperinflation in Venezuela means that roughly one-third ofthe population more than nine million people do not get ...

The Crown has been check-mated by the hiatus in the George Pell case. According to the prosecution the complainant was ...

A senior International Olympic Committee member said this summer's Tokyo Olympics could be canceled if the coronavirus is not under ...

Iran slow to hold security forces to account over protests

BEIRUT, Lebanon - Iranian authorities have failed to hold security forces accountable for excessive and unlawful use of lethal force ...

WASHINGTON, DC - The number of coronavirus cases in South Korea skyrocketed to 833 on Monday, a roughly 27-fold increase ...

Selling frenzy on Wall Street runs out of steam

NEW YORK, New York - U.S. stocks were flat to lower on Wednesday as investors and traders started to take ...

MOUNTAIN VIEW, California - Google on Wednesday announced it will invest more than $10 billion in offices and data centers ...

SYDNEY, Australia - Asian stocks continued to be hammered on Wednesday, although there were signs the selling was beginning to ...

Walt Disney's world to be headed by Chapek

Global esports revenue is set to exceed $1 billion in 2020, according to a report Tuesday from Newzoo."The esports market ...

Los Angeles - Kobe Bryant's widow Vanessa filed a lawsuit on Monday against the operators of the helicopter that crashed ...