Thank you for the support: Ross Taylor after playing 100 Test matches 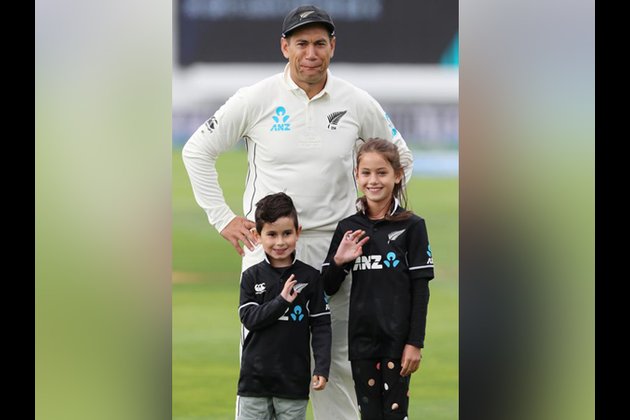 New Delhi [India], Feb 25 (ANI): After playing 100 Test matches for New Zealand, middle-order batsman Ross Taylor on Tuesday thanked everyone for their support and said that the last few days have been very humbling for him.

Taylor shared a few pictures with his family on Instagram and captioned the post as: "A chance to reflect today on a humbling few days in Wellington. Thank you very much to everyone for the support and messages. It has really meant a lot. What made it all the more special, was to do it with my family by my side. nzvind family".

In his 100th Test, Taylor went on to play a knock of 44 runs and New Zealand defeated India by ten wickets to record their 100th Test win.

The Kiwis also became the first side to defeat India in the ongoing World Test Championship.

During the first Test against India, Taylor scripted a unique record as he became the only player in the history of cricket to play a hundred matches in all the formats of the game.

The 35-year-old recently played his 100th T20I game against India on February 2. While the experienced batsman has featured in 231 ODIs for New Zealand.