Asian Americans Emerge as Force in US Politics 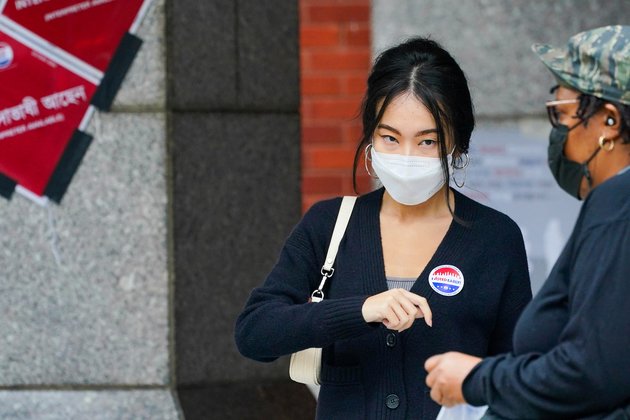 Michelle Steel was born in South Korea and raised in Japan. Last year, she became one of the first Korean American women elected to the U.S. Congress, winning a seat in the House of Representatives. While running for office, she faced challenges that come with being an immigrant.

"I have a very shy personality, so it's harder to go out there with my accent and speak in front of the people," said Steel, a Republican who represents California's 48th District.

Steel's political involvement reflects the changing face of the American electorate and the government officials they choose.

Sorry, but your browser cannot support embedded video of this type, you can download this video to view it offline.

Since the Voting Rights Act of 1965 was signed into law, removing barriers preventing African Americans from voting, the face of the American voter has gradually changed. During the 2020 elections, Asian Americans flexed their political muscle in presidential and congressional races, contributing to a record voter turnout across the nation.

Demographers and other experts say Asian Americans will steadily grow into a dominant force in American politics.

"Asian Americans have really come into prominence as a new electoral force to be reckoned with," said Sara Sadhwani, a senior researcher for AAPI Data.

The turnout of Asian American voters hit a historic high of nearly 60% in 2020, according to the U.S. Census Bureau. By a margin of 68% to 28%, Asian Americans voted for Democrat Joe Biden over incumbent President Donald Trump, according to an election eve poll organized by the AAPI (Asian American and Pacific Islander) Civic Engagement Fund and 21 other organizations.

"Over the last several election cycles, what we've seen is Asian Americans have veered more and more towards the Democratic Party, and certainly that was the case in 2020 as well," Sadhwani said.

When the AAPI Civic Engagement Fund asked Asian Americans about the issues that matter to them most, jobs, the economy and health care always made the list. The Democrats' talking points in 2020 also resonated with many Asian Americans.

The government's handling of the COVID-19 pandemic, discrimination and racial justice were other high-ranking issues, according to AAPI Civic Engagement Fund Director EunSook Lee.

Researchers said the historic increase in Asian American voter turnout in 2020 over 2016 levels was driven by a response to a wave of hate incidents against Asians in the U.S.

"A number of studies have looked at the impact of feeling discriminated against, a sense of social exclusion, and how that really galvanizes Asian Americans to go out and get registered to participate in elections," Sadhwani said.

FILE - A sign is displayed for voters to guide the way at a precinct during Georgia's Senate runoff elections on Jan. 5, 2021, in Atlanta.

The margin of victory: Georgia

Asian American voters increased their turnout at the polls in every battleground state more than any other minority group, according to the Democratic political data firm TargetSmart.

"Considering that the Biden-Harris ticket carried the state by fewer than 12,000 votes, the AAPI surge was clearly decisive," stated TargetSmart in a newsletter.

"Because of that victory in the presidential election in November, when the Senate elections came out, people turned heavily to the AAPI population in Georgia," said Judy Chu of California, who in 2009 became the first Chinese American woman elected to Congress.

"We saw an impressive ground game to really engage Asian Americans to get registered and to go out and vote," Sadhwani said. "Asian Americans were a part of that narrative of how Georgia flipped from being a Republican stronghold to supporting President Biden as well as sending two Democrats to the Senate."

In January, Democrats Jon Ossoff and Raphael Warnock swept Georgia's two U.S. Senate runoffs, flipping control of the Senate from the Republicans to the Democrats.

"Asian Americans are going from being marginalized to the margin of victory," Chu noted. "I think that both parties had not done much in terms of reaching out to the AAPI voter, but I do think that's changing now."

Asian Americans set another record in 2020, with 21 elected to Congress, providing one more incentive for Asians to head for the ballot box.

Asians and Pacific Islanders constitute 6.1% of the U.S. population but make up only 0.9% of elected officials.

One factor: According to the Pew Research Center and the U.S. census, 71% of Asian American adults were not born in the U.S. Some speak limited English, according to Chu.

"We are a population where many may not be familiar with the American means of democracy," Chu said. "It takes a little while to get used to it, to know that your voice counts, and especially if you come from countries where there aren't real free and fair elections or maybe where there are no elections at all for all we know."

"We want to see people that look like us on TV, in positions of power, and can spread the message and build the coalition, an allyship that's needed for real change," said Gigi Li, during a June campaign rally for entrepreneur Andrew Yang, who had run for New York City Mayor before dropping out of the race later that month.

Since Biden took office six months ago, Asian Americans have seen a new hate crimes law passed that addresses the rise in violence against them. Not everyone, however, is optimistic that positive changes will continue.

"We see that there is a rising Asian hate. We are being recognized more by politicians, but I feel like once that subsides, we probably will be in the shadows once again," said Kevin Liu, another voter who attended the Andrew Yang event.

The Pew Research Center projects that Asian Americans will become the largest group of immigrants in the U.S. by 2055.

"It is no longer a population that's quiet and not going to vote. They turned out in record numbers in 2020 and you don't go back once you become activated," said Lee.

ODESSA, Kyiv: During an unannounced visit to Odessa, German defense minister Christine Lambrecht said Germany will deliver to Ukraine the ...

HAVANA, Cuba: Three days after Hurricane Ian knocked out electricity throughout Cuba, protests broke out for a second night in ...

FORT MYERS, Florida: Areas within Lee County, including Sanibel Island and Fort Myers, Florida, were devastated by winds, rains and ...

Survey reports 66% of US adults say no to Covid boosters

US to purchase $1.1 billion in arms for Ukraine

WASHINGTON D.C.: Pentagon officials have announced that an arms package has been approved for Ukraine worth $1.1 billion, which includes ...

NEW YORK, New York - The sharp two-day rally, which kicked off the start of October, and this week, came ...

PARIS, France: Carlos Tavares, head of carmaker Stellantis, said this week that the semiconductor supply chain will remain tight until ...

SYDNEY, NSW, Australia - Stocks in Asia continued the global trend on Wednesday with all the major bourses gaining ground.This ...

WASHINGTON D.C.: Three years after it restricted Malaysian Airlines from adding new flights to its U.S. route, the Federal Aviation ...

Britain has 'too many' low-skilled migrants, interior minister says