India has been our best market for investment in the world 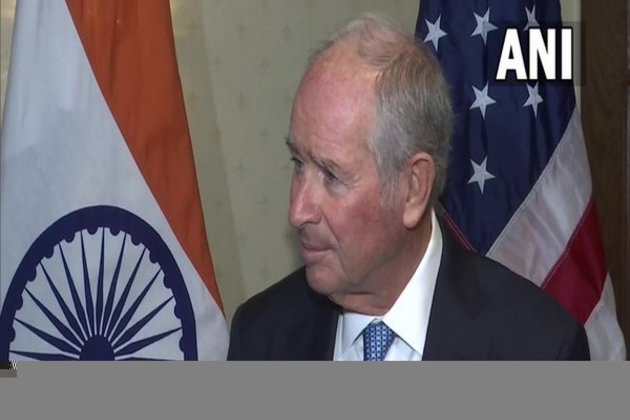 Prime Minister Modi said that there is huge scope for further expansion of Blackstone's partnership in India and elaborated on the reforms done in India, sources said. PM Modi specifically spoke about Asset Monetisation and Bad Bank.

According to sources, Schwarzman said that he is very optimistic about India's potential and added that it is one of the fastest-growing countries in the world. He also appreciated the reforms undertaken by India.

"India's been Blackstone's best market for investment in the world. It is the fastest-growing country in the world now. So we are very optimistic, and we are proud of what we have done in India," Schwarzman told reporters.

Lauding Prime Minister Modi's government, Blackstone CEO said, "This is a very friendly government for outsiders, they're reform-oriented and objective. I would give them an extremely high grade as being good partners for people who like to bring capital into the country to create jobs."Earlier today, Prime Minister held talks with Qualcomm CEO Cristiano R Amon and discussed several issues including electronics, and measures to strengthen the innovation ecosystem.

These talks were part of series of meetings that Prime Minister Modi undertook with select heads of corporates that have the potential to invest significantly in India.

Earlier on Wednesday, Prime Minister Modi arrived in Washington for his much-touted US visit.

Later, Prime Minister Modi is scheduled to meet Australian Prime Minister Scott Morrison and Japanese Prime Minister Yoshihide Suga. US President Joe Biden will host PM Modi at the White House on September 24. This is going to be the first in-person meeting between the two leaders after Biden took over as the US President on January 20. (ANI)

Court orders US to reinstate 'Remain in Mexico' policy for migrants

SAN DIEGO, California: The Biden administration will return to a Trump-era border policy in which migrants will have to remain ...

WASHINGTON D.C.: The U.S. Transportation Security Administration (TSA) has confiscated a record number of guns at airport check-ins in 2021.TSA ...

UK to return to Nigeria statue taken in 1897

LONDON, England: A bronze rooster, taken from what is now Nigeria by British troops in 1897, will be returned to ...

BOLZANO, Italy: According to a scientific study published in the journal Current Biology, workers at a salt mine in Austria ...

BEIJING, China: An app used by Muslims throughout the world, Quran Majeed, has been removed by Apple at the request ...

WASHINGTON D.C.: US households can expect heating bills to soar as high as 54 percent, compared with last winter, as ...

BEIJING, China: Amid anoutlook for cold winter temperatures, China's quest for obtaining larger volumes of natural gas is expected to ...

NEW YORK, New York - Stocks were mixed in the United States on Monday as market participants weighed up a ...

NEW YORK CITY, New York: Shares of Virgin Galactic fell up to 20 percent after the company announced that it ...

SYDNEY, NSW, Australia - Shares across Asia were mostly lower on Monday on news of a slowing of China's economy, ...

To reduce disease, US seeks reduction in consumer salt use