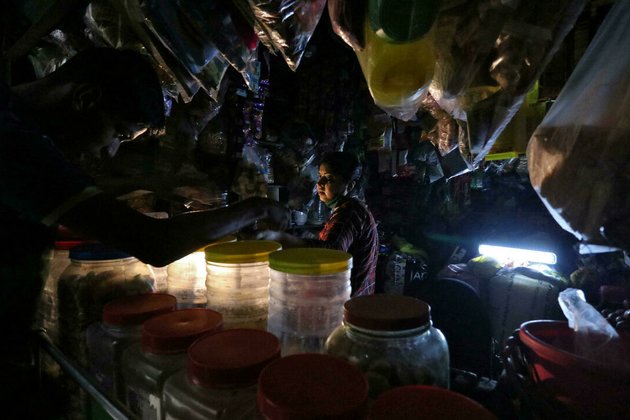 A power crisis in India has worsened as acute coal shortages at power plants threaten outages that threaten to impact the country's fledgling economic recovery.

The ongoing coal shortage in India is becoming more serious with each passing day, even as ministers in the government assure that the situation will normalise by ramping up coal production.

States across India have issued panicked warnings that coal supplies to thermal power plants, which convert heat from coal to electricity, are running dangerously low.

A large part of India has entered the festival season amid an imminent threat of blackouts even as farmers fear power cuts would affect irrigation at a crucial stage of the monsoon (kharif) season.

India is largely dependent on its 135 coal-fired power generation plants for electricity and many of them are left with only a few days stock of coal, by all estimates.

Already, the energy crisis has begun to bite as the northern states of Punjab and Rajasthan have begun load-shedding for three hours daily from early this week due to the non-availability of coal. Gujarat, Chhattisgarh and Tamil Nadu also flagged shortage of coal in power plants

So why is India running out of power? More importantly, could this situation have been avoided and coal shortages minimised?

With India's economy recovering after a devastating wave of coronavirus, power demand has surged rapidly. But the soaring electricity demand has meant that Coal India's supplies are no longer sufficient.

Experts say a combination of factors, operating in tandem, has resulted in this sharp demand-supply disparity.

"There has also been a sharp increase in the price of imported coal owing to a rise in global demand. China is also grappling with an energy crunch," said energy expert Samrat Sengupta.

India is competing against buyers such as China, the world's largest coal consumer, and as a result global coal prices increased by 40 percent and India's imports fell to a two-year low.

Figures by power firms indicate there was a 12 percent fall in imports of foreign coal which power companies blend to cut losses. Due to high prices they also shifted to domestic coal.

Some say heavy rainfall, especially in the coal-producing regions of Jharkhand, Odisha and West Bengal in September, added to the problem.

According to government figures, outstanding dues of state electricity boards and power generation companies to Coal India Limited (CIL), which accounts for about 80 percent of India's coal output, was 216.19 billion Indian Rupees (2.48 billion euros) at the end of the 2021 financial year.

Coal India said it had stopped all online auctions of coal except those meant for the power sector. It has temporarily stopped deliveries to all consumers in the country other than power stations, even as it boosts deliveries from mines.

"This is only a temporary prioritisation, in the interest of the nation to tide over the low coal stock situation at the stressed power plants and scale up supplies to them," it said.

Amid the ongoing coal shortage, Home Minister Amit Shah met cabinet officials in charge of the coal and power ministries earlier this week and reiterated that it will be ramping up its per day coal production from 1.94 million to 2 million tonnes within a week.

The situation remains confusing despite the guarantees held out. The resulting power crisis could slow down India's economic recovery if power outages affect industrial output. The country's economy is still recovering from a historic 7.3 percent contraction since the last fiscal year.

The government has admitted the demand for electricity is rising as economic activity resumes in the country. The power demand in August 2021 was 17 percent higher than the pre-Covid-19 level of August 2019.

Officials at the power, coal and railways ministries are monitoring the coal supplies to thermal plants and have taken steps to increase the daily shipments of coal to power generators.