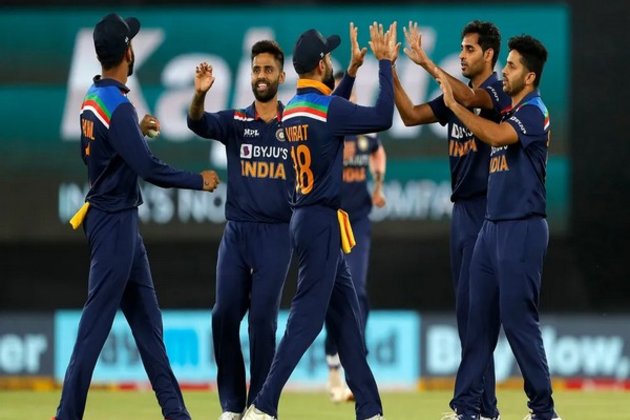 Dubai [UAE], October 18 (ANI): India won the toss and opted to bowl first against England in the warm-up match of the ongoing T20 World Cup on Monday.

Speaking at the toss, India skipper Virat Kohli said, "We will bowl first. We have had success in the past. So we want to create that same energy. The IPL is right up there, but this is paramount. Adaptability, how plays where is what matters.""We are pretty solid in how we are going to start in the first game. We will look to give game-time to most of them. Things were different before IPL, now it's difficult to look beyond KL Rahul. He's been solid upfront. I will be batting at 3," he added.

On the other hand, England stand-in skipper Jos Buttler said, "Everyone is excited. Good to get together. Obviously, he (Morgan) is having a rest after those weeks in the IPL. Gives others a chance of exposure. I'm sure India are going to come hard at us, there will be a lot of intensity.""Some have come from the IPL for us while many are coming directly from back home. It's about adapting to the team roles. Pushing for places is important, it's something that's driven us over the last many years. There is a lot of competitiveness and it really drives the guys. It's been healthy for us," he added.

India will play Australia in the next warm-up game on Wednesday before opening their T20 World Cup against Pakistan on October 24.

On the other hand, England will play against New Zealand in their next warm-up match on Wednesday.