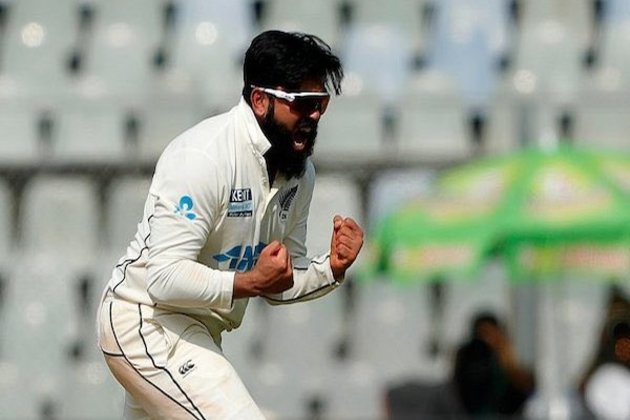 The Kiwi spinner achieved this feat in the ongoing second Test here at Wankhede Stadium, Mumbai on Sunday, where he recorded the figures of 14-225.

In the first innings, he became the third bowler in the history of the game to pick all ten wickets in a single Test innings.

Coming to the match, India declared the innings after racing the score of 267/7 on Day 3 and gave the target of 540 to the kiwis. (ANI)