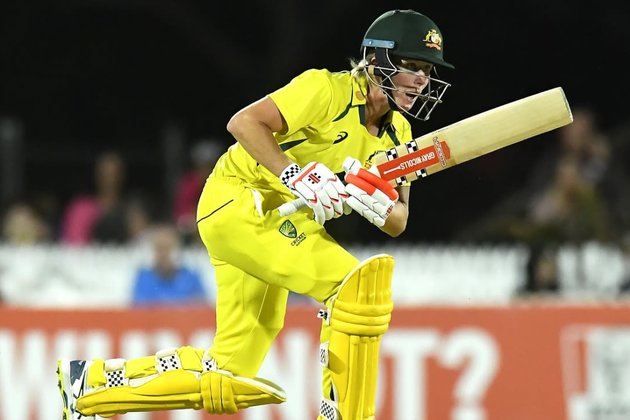 Australia have suffered a huge blow ahead of the Ashes with Beth Mooney suffering a fractured jaw during training on Monday and she will undergo surgery.

A timelime for Mooney's return has yet to be determined but her participation in any of the multi-format Ashes must now be in doubt while she may also struggle to be ready to leave for the ODI World Cup in New Zealand next month.

Mooney would have been a lynchpin of Australia's top order across the three formats. Earlier this season she played one of the finest ODI innings with an unbeaten 125 against India in Mackay.

Her absence means there will need to be a reshuffle of the batting order with a new opening partner alongside Alyssa Healy.

Australia's preparations have also been hit by Covid-19. Ellyse Perry will miss the intrasquad warm-ups in Adelaide on Tuesday having been involved in what was termed a "scare" although is expected to link up with the team later in the day and be available for the T20Is which start on Thursday.

Australia A playersMolly Strano and Katie Mack will also miss the warm-up matches after testing positive to Covid-19 and will not travel to Adelaide. Mack will remain at home in Canberra ahead of the Australia A 50-matches against England A, while Strano will travel direct to Canberra once she completes her period of isolation at home in Hobart.

South Australia and Melbourne Renegades allrounder Courtney Webb has been called into the Australia A squad as cover for Strano and Mack.