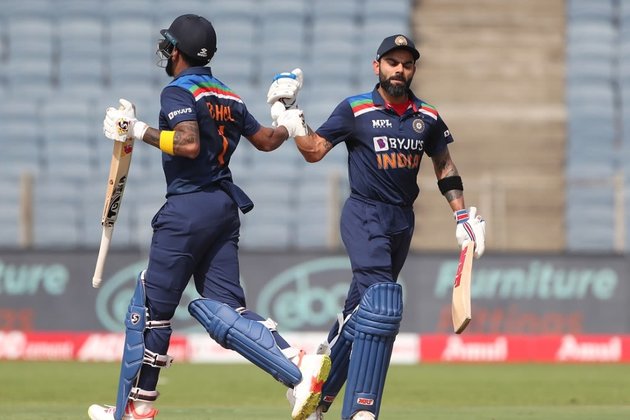 Big picture Unlike most of the ODI cricket played at the moment, the three-match series between South Africa and India does not form part of the World Cup Super League, with those fixtures said to be slotted in at a later date. The 50-over format takes a bit of a backseat for much 2022, but this series will give both teams a chance to try out combinations.

With a T20 World Cup 10 months away, you may be wondering why these matches have been tacked onto the Tests, instead of T20Is for example, when they actually don't count for much? Well, remember that this series was originally also supposed to include four T20Is, but concerns over the Omicron variant, which delayed India's arrival in the country, chopped those off the schedule. The ODIs have stayed, not least because they bring Cricket South Africa millions of rands through broadcast rights - more than they would get for a shorter format.

But there may end up being some method to this madness as both sides have plenty to work on in this format.

South Africa remain out of the automatic qualification zone for the 2023 World Cup after dropping points in Ireland and Sri Lanka. Given the volume of cricket and restrictions of bio-bubbles, this is a rare occasion when they have something close to a full strength squad at their disposal. Anrich Nortje is out with a hip injury, but captain Temba Bavuma is back, after breaking his thumb in Sri Lanka, as well as several senior players who were rested for the Netherlands series. Headlining that group is Quinton de Kock, who announced his retirement from Tests after the Boxing Day match, but has returned from paternity leave.

India are also as close to their first choice group of players as possible. They are without their new permanent captain Rohit Sharma, who was ruled out with a hamstring injury, but do have their new permanent coach, Rahul Dravid, at the helm for the first time in an ODI series since being given the job on a full-time basis. Dravid took a second-string side to Sri Lanka in July, and won, and will want to start building for the outfit that will compete at the 2023 World Cup.

In the spotlight After struggling for runs in the Tests,Aiden Markram will look to the ODIs to redeem himself and also improve his numbers in this format. In 34 matches, Markram averages 28.10 and has yet to bring up three-figures, but came close with 96 in Sri Lanka. The return of specialist openers to the ODI squad and Markam's recent success in T20s at No. 4 suggests that he should be batting in the middle-order in this series, which may give him the opportunity to play himself back into form ahead of a trip to New Zealand and a home series against Bangaldesh.

It's that man again Virat Kohli. While it comes across as though viewers of this series simply shouldn't take their eyes off him, he has given us all plenty to look at. From revealing a different version of events to the BCCI about his stepping away from white-ball captaincy to giving up the Test leadership, and shouting at the stump microphone in between, Kohli has been under the microscope for reasons other than his form. But let's talk about that. He was not able to break his century drought in Tests but will hope he can do so in ODIs. He last scored an ODI hundred in West Indies in August 2019, but has made eight fifties in 15 innings since.

Team news South Africa have a bottleneck at the top of the line-up, which could leave Rassie van der Dussen coming in lower than he is used to. They have room for two allrounders and may have to choose between seam and spin in that role, two out-and-out quicks and a specialist spinner.

Captain KL Rahul confirmed on the eve of the game that he would open in Rohit Sharma's absence. He also hinted that India could play two spinners.

Pitch and conditions Known for being slow and flat, Boland Park has thrown up some surprises over the years, most notably Sri Lanka being skittled out for 43 a decade ago. But first-innings scores tend to be high here and South Africa have topped 350 once in the last five years and come close on another occasion. Expect big runs on a ground with small boundaries, if the teams manage to not wilt in the weather. The Western Cape is experiencing a heatwave and temperatures in Paarl are set to top 45C this week.

Quotes "I think he's fine. He's practising with us. So I don't see any discomfort. Hopefully everything stays that way. Nothing that I am aware of right now but everyone seems to be okay. And hopefully it stays that way."

Jasprit Bumrah hopes Mohammed Siraj will be fit to play after missing the Newlands Test.

"The batting preparation from a slow bowling point of view has been happening for the past year and you would have seen the positive results that the guys displayed when we played in Sri Lanka. At the World Cup as well, we made positive strides in terms of how we are playing slow bowling. Coming up against India, spin bowling is a strength of theirs. That's something we are aware of. We'll prepare as well as we can to mitigate against that."

Temba Bavuma is confident about his side's ability to tackle spin bowling.