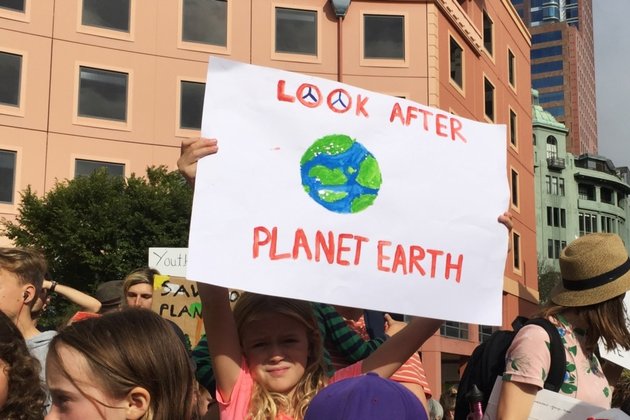 SYDNEY - New Zealand released its first national plan Wednesday for dealing with the impact of global warming. The government in Wellington has warned that some communities could be abandoned as climate change triggers more intense storms and flooding.

New Zealand's Climate Change minister, James Shaw, said severe weather events that had previously seemed unthinkable were "now happening at a pace and intensity we have never experienced before."

He announced Wednesday the first long-term strategy to help New Zealand become more resilient and adaptable to a shifting climate. One possibility is that some homes near the coast could eventually be abandoned because of rising sea-levels. A guiding principle of the 200-page report was to prepare for adverse events before they occur, rather than after.

Lifting properties above flood-prone land or boosting flood defenses are among dozens of potential options. Property developments in high-risk areas would not be permitted.

Shaw told reporters near Wellington that New Zealand had to prepare for a warmer future.

"Over the course of the last year or so there have been New Zealanders all over the country who have experienced first-hand the increasing impact of climate change in their communities. So, people are now experiencing with increasing severity and increasing frequency the floods, the droughts and the storms that are associated with a changing climate," he said.

Shaw said communities across the South Pacific country of about 5 million people had in the past year or so been hit by serious floods, droughts and storms.

The year 2021 was New Zealand's warmest on record.

The plan also noted that rising temperatures would have a significant impact on native species and the environment.

The national climate strategy is the first in a series of adaptation plans that will be prepared every six years.

The cost of adapting to global warming will be shared between property owners, New Zealand's central and local governments, insurance companies and banks.