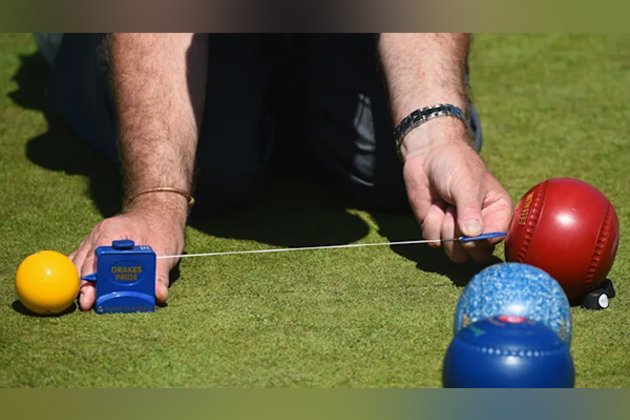 Mridul dominated most of the match and won it by 21-5 against Locke.

He was in the lead since the start itself, having taken a 5-0 advantage over his opponent. After End 7, the Indian had stretched his lead to 13-1. Mridul never let the match slip from his grips as after End 11, his lead was 16-4.

The Indian ultimately sealed the match by reaching the required total of 21 points first.

On the other hand, in the Women's Pairs category, the Indian duo of Lovely Choubey and Nayanmoni Saikia defeated Niue's Hina Reireiti and Olivia Buckingham in their section B, round 2 clash by a comprehensive margin of 23-6.

The match started on a tight note, with both teams tied at 1-1 after End 2. But after the end 7, India was in the lead by 7-4. There was no looking back for the Indian duo from this point onwards as they kept adding points and won the game by a huge margin.

Prior to this, Mridul had registered a loss to Shannon McIlroy of New Zealand in Round 1. Mridul will next take on Scotland's Ian McClean in his next match to boost his quarterfinal chances.

On the other hand, the Women's Pairs team had taken on New Zealand in the first round and had registered a loss. In their next game, Lovely and Saikia will take on South Africa.

Both of these games will take place from 4:00 PM onwards.

Notably yesterday, the Indian Lawn Bowls team created history by winning its first-ever medal in the sport, capturing Gold by defeating South Africa in the final of the women's fours event at the ongoing Commonwealth Games 2022.

The action was back and forth between India and their opponents, who are among the best teams in the sport with 44 medals. India was represented by Rupa Rani Tirkey, Nayanmoni Saikia, Lovely Choubey and Pinki Singh in this historic match. India won the match by 17-10.

Commonwealth Games 2022 started in Birmingham from July 28 and will take place till August 8. (ANI)