After significant rate hike, Pak govt has to pay heavy price for borrowing 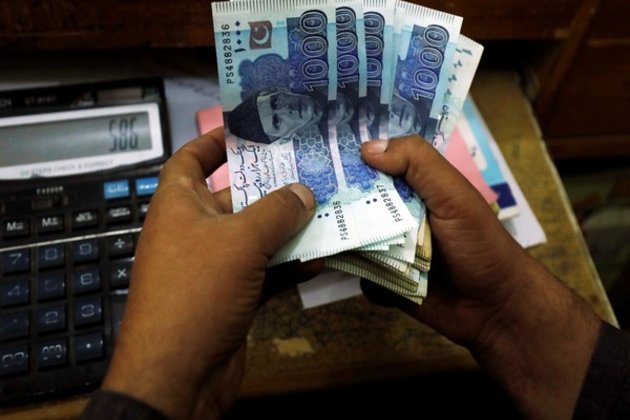 Karachi [Pakistan], November 27 (ANI): The State Bank of Pakistan's (SBP) decision to hike its key policy rate by 100 basis points to a 24-year high of 16 per cent has created a new problem for Islamabad as it has to pay a heavy price for borrowing after the rate hike.

The government has already missed the fiscal deficit target of the first quarter and is under International Monetary Fund pressure to increase the revenue, reported Dawn.

The only option for the government is to tax more. Experts believe that during the entire FY23, an additional Rs 800 billion is required to remain within the limit given by the IMF for fiscal deficit.

The interest rate hike will cost heavily to the government as it will have to re-price the Rs 5 trillion maturities of treasury bills and Pakistan Investment Bonds (PIBs) in the next three months, reported Dawn.

The SBP has increased its policy rate by 100 basis points to 16 per cent to tame inflation but the other aspects of higher interest rates were not considered for serious thought.

The higher interest rate has already annoyed trade and industry which rejected this surprise move calling it an attempt to increase the cost of doing business, reported Dawn.

Experts warned that the increased cost of doing business will seriously hamper economic growth. The government estimates that the economy could expand around 2 per cent in FY23 against about 6 per cent in FY22.

The economic downtrend has many reasons primarily the effort to slash imports to save dollars and increase interest rates to cool down demand.

At the same time, the unprecedented inflationary pressures have wiped out all hopes for domestic investments as the cost of borrowing has gone beyond the expected boundaries.

The latest hike takes SBP's policy rate to a 24-year high slightly lower than the 16.5 per cent of 1998, reported Dawn.

According to the SBP data, the government would raise Rs 4.9 trillion from Nov 2 to Jan 25 to pay the maturing amount of Treasury Bills of Rs 4.765tr and Rs 360 billion of Pakistan Investment Bonds (PIBs), reported Dawn.

Financial market experts said the interest rate hike is devastating for trade and industry but the banks will earn a higher income by parking their liquidity in risk-free government papers.

In the current scenario, the private sector borrowings will go further down due to the unbearable high cost of money. The government is also short of liquidity due to poor economic growth and lower import duty, reported Dawn.

"A 100bps hike in policy rate was against the run of play. While our polls suggested that the rate hike probability was certainly not the popular view that too when over Rs 5 trillion worth of T-bills and PIBs are to be matured and re-priced," said Faisal Mamsa, CEO of Landmark Investment.

"A rate hike now will further deprive the government of its fiscal space," he remarked.

Keeping the previous Monetary Policy Statement in view, analysts question prioritising inflation over all other things and how this rate hike would help check inflation, reported Dawn.

"Some analysts were of the view that this could be an IMF-inspired hike. If that is the case, it would also correspond with the gradual but consistent weakening of the rupee during the last six weeks from USD 216 to USD 224," he said. (ANI)

UK airline Flybe goes out of business, cancels all flights