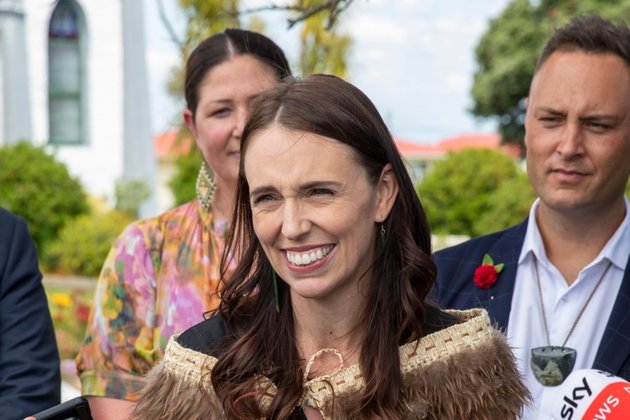 Outgoing New Zealand Prime Minister Jacinda Ardern said Tuesday on her last full day in office that she is "ready to be a sister and a mom."

Ardern made her final public appearance in office at a Maori settlement in the town of Ratana outside the capital, Wellington, alongside her successor, Chris Hipkins, the new leader of the ruling Labour Party.

Ardern shocked New Zealand last week when she announced she was stepping down after more than five years in office because she had nothing left "in the tank."

Ardern Shocks New Zealand, to Step Down as Prime Minister

She dismissed speculation that she is stepping down because of a wave of vitriolic and misogynistic attacks on social media by right wing extremists, telling reporters she did not want anyone to view her decision as a "negative commentary on New Zealand."

"I have experienced such love, compassion, empathy and kindness when I've been in this job," Ardern said.

Ardern, who in 2018 to become the second female head of government to give birth in 2018, will remain in Parliament as a backbencher when Hipkins is sworn in Wednesday. The Labour-led government is trailing in voter opinion surveys heading into the October general election.

Some information for this report came from The Associated Press, Reuters, Agence France-Presse.

UK airline Flybe goes out of business, cancels all flights